Tom Smith, our Ambassador for Christ in Croatia, is now the ED for ITEM Prayers and Thanksgivings 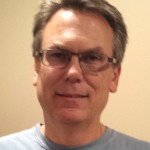 “Hello: First, Tawnya, Reed, Cole and I have simply been overwhelmed by your thoughts, prayers, kindness, and support during the past three weeks. We have experienced the emotions of disbelief (why us—but the truth is why not us after spending quite a bit of time at Children’s Hospital), fear, hope, and gratitude and now are a bit exhausted. We now know that Reed has a very rare condition (1 child in 200,000) based upon the biopsy of the lesion which was removed. The medical team, based upon various tests, is fairly confident that the lesions are not in his various organs which is a very good sign. The condition has cancer like attributes but in the medical community there is debate as to how to properly classify it. The good news is that based upon where the lesion was located, statistically his condition is treatable and if all goes well, he may never have a recurrence. However, the treatment protocol is for one year of chemotherapy. He will have a weekly treatment for six weeks and then it will be every 3 weeks thereafter.

We remain amazed by the strength of children who face scary medical tests and procedures. Reed is no different in terms of how he readily listens to the wonderful Children’s Hospital Staff explain in detail what he will need to do for his treatments the next year.

Moving forward, we continue to ask for prayer that the treatments are effective and Reed has no recurrences. Most importantly, we ask that you pray for others who are experiencing medical battles. Our eyes have been OPENED WIDE the past few weeks about the sufferings of others while experiencing our own family crisis.

We are glad to have some certainty on what we need to do for Reed’s health and getting back normalcy as a family. With gratitude for employees, friends, families, complete strangers and God’s blessings,

On Friday, July 17th our Brave Brother Tod Arbutina told us about his son Reed. “My 12 year old son, Reed, has been admitted to Children’s Hospital with an undiagnosed bump on his head. We are praying for God’s healing for Reed. There will be a biopsy and are asking for prayer from the Brave Men on behalf of Reed. Thank you and God Bless. Tod”
Reed underwent surgery, Wednesday, July 22, to remove this 5″ lump from his skull. Reed had been getting headaches and they found a lump which has now grown to 5″. Let us surround Tod, his wife Tawnya and Reed in prayer and the surgical team, asking God to restore Reed’s health.

“Reed went into the surgery process around 11:45 and around 5:30 he arrived at the pediatric ICU after ‘successful’ surgery per Dr. Tambur – Neurosurgeon. I just visited Reed with Tawnya and he asked that we not talk so that he can rest. The lesions were removed and they were able to graft (with a titanium plate/screws) healthy bone to cover a sizeable whole in his skull. The healing process will take up to two months.

The big unanswered question is ‘what’ was the growth that was removed. The neurosurgeon and oncologists have a good idea, but need the pathology report to come back which may take up to 7 days. Of course we would like to know what the diagnosis is ‘yesterday,’ but are grateful that today went well with no complications.

Reed was very calm and brave today and his only concern was again his “hair.” The surgeon’s first question to Reed was did he want his head shaved (like the last boy) or racing stripes across his head. He opted for the racing stripes and requested a wig when we get home. I would be lying if I did not hope that he would have opted for the crew cut since Reed and I have had one of those classic father/son disputes on his long hair!! Obviously, I was not going to continue that argument today with the significance of his surgery.

Amazingly, Reed may be discharged as soon as Friday, but more likely Saturday/Sunday as the healing process takes over. I will be back at work pretty much full time again Monday as hopefully our family and Reed resume a “normal” life again. Your support at the workplace has been much appreciated and comforting.

Thank you for your prayers for Reed and we ask that you continue to pray for a favorable diagnosis from the pathology report. The past 10 days, although difficult, has also been a time of blessing from family, friends, and total strangers across the country united for prayer for Reed. After spending some considerable time at Children’s Hospital, we have come away grateful for God’s blessings, especially as we see families and young children so calmly and courageously dealing with serious health issues.