Linda Calabro is asking for prayers for her husband Frank 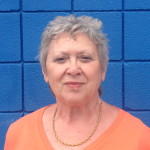 “This afternoon Frank was admitted to ICU as he needed another heart stent. He had chest pain Wednesday evening but it went away after he took a nitro tablet. He ‘just happened’ to have a heart echo test scheduled for this a.m. at the surgeon’s office. They sent him directly to the ER after the test and the surgeon had him admitted and inserted 1 stent.

He had the 5 bypasses 22 years ago and they are beginning to ‘wear out’. This is his 3rd stent. The surgeon told me after the surgery that 1 artery is 100% clogged and they cannot re-open that one; they inserted a stent in one artery in November and now this one (this artery was clogged 75%). So it is no wonder that he was not feeling well and was suffering from fatigue all the time.

After today’s surgery they had a problem with bleeding from the site at the groin where they insert the cath and stent. I just got home about 1/2 hr ago, made some phone calls, ate dinner and am now falling into bed. We left the house at 11:00 this a.m. and on the go all day. He has to be flat on his back for a few more hours and not permitted to move his legs or eat…thus, he is not a happy camper; but we’re both glad it was done and now it’s over. Prayerfully, he’ll start to feel better.”

I’m requesting all the prayers we can get. Thanks in advance. Update from Linda, Nov. 13, 2014

“Frank successfuly had minor surgery this a.m. to insert a stent to open a clogged artery in his heart. He will be hospitalized overnight and will return home Friday morning.  Blood tests also showed a low blood platelet count and he will be seeing an oncologist/hemotologist for that in about a week or so. Thank you for your prayers. God is good. Keep on with those prayers!

“Update: Today Frank had a heart cath and the diagnosis was a clogged heart valve. The plan of care will most likely be a valve repair, rather than a replacement, consisting of (1) angioplasty to see if it can be cleaned and opened or (2) a stent. We’ll know more sometime next week after one more test and then on 11/11 we’ll find out the date it will be done. Thanks for your prayers, but please continue.

“He had 5 bypasses in 1993; he suffered a “mild” heart attack and at that time they put in a stent–about 7 years ago. He has been very tired and has had shortness of breath for several months now so they want to check things out. (He’s 79 and believes all “good” people will go to heaven.)