Holiness Linda Calabro is asking for prayers for her husband Frank 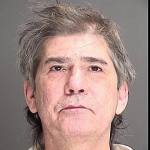 On Friday, October 3rd, Mike Turton updated us on his lost brother Richard.

Mike indicated that Richard has not yet been found. He and his wife are divorced as Richard was living with his parents when he left back in May.  Mike doesn’t think his brother can make it on his own since he doesn’t have his heart or thyroid medication. Richard’s birthday is Wednesday, October 15th. He will be 58. Let’s continue to pray for Richard and his safe return to his family. Please read the description of Richard below. If you see him please call 911.

On Friday, June 13th Mike Turton told us of his missing brother Richard. He has been missing since May 27th.  Below is the excerpt from a posting on the WPXI website with a link to a video of an interview with Mike’s sister Kathy Ford. If you see Richard please call 911. Let us surround Mike and his family in prayer during this difficult time.

“The family of a man who has been missing for more than a week is asking for the public’s help in locating him.

Richard Turton, 57, was last seen May 27 around 5 p.m. leaving Colescott Street in Westwood (West End part of Pittsburgh). He was wearing tan jeans, a blue and white shirt and white shoes. “I’m feeling a lot of fear,” Turton’s sister, Kathy Ford, said. “We are very concerned because it’s been since May 27 and he hasn’t had his heart medication or his thyroid medication.” Authorities said Turton has a heart condition/defibrillator and left all medications at his home. “My mom is a wreck right now. It’s hard. We just don’t have a clue where he could be,” Ford said. She’s taken fliers to the Port Authority in hopes that a PAT bus driver might remember seeing her brother.

Police said they’re treating Turton’s disappearance as a missing-persons case and do not suspect foul play. Turton stands about 6 feet tall, weighs about 150 pounds, has brown/gray hair and brown eyes. Detectives are asking anyone who may have seen Richard Turton to call 911.

‘He’s been a good brother. He’s had a lot of problems with his depression. He’s kind of pushed people away because of that,’ Ford said.”